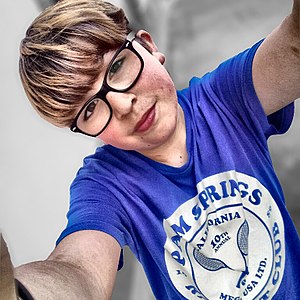 A person who is transgender androgynous, also known as trans andro, is a nonbinary transgender person who is androgynous and also wishes to transition to their desired body type. Trans andro people may or not experience gender dysphoria, and perceive their gender as separate or more specific to other similar nonbinary identities.