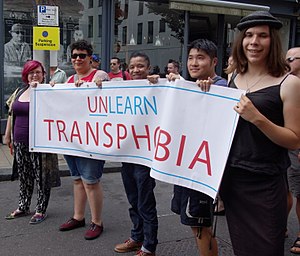 When TERFS say they are "gender critical", "gender free", or "gender abolitionist," these dogwhistle phrases mean that they don't believe in gender identity, and only believe in the sex that one is born with. This is a biological essentialist belief that they use to claim that trans women are really men.