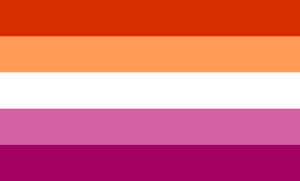 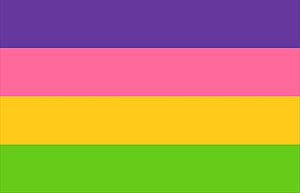 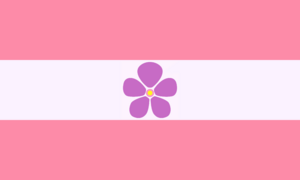 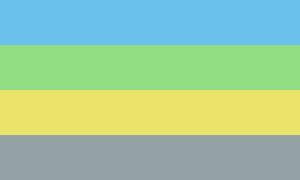 Usually attracted to a different gender than one's own 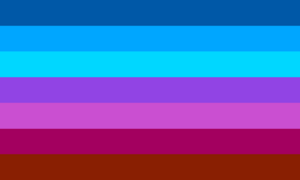 Usually attracted to the same gender as one's own 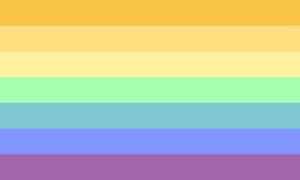 "Omnigay" is a term which can be used by individuals with fluid gender who experience fluid attraction as well, "so that the individual is always attracted to [their] same gender."[22] Omnigay was coined in 2014 by tumblr user monetarymollusk.[23] In 2017, tumblr user shadowofthedude coined a synonym "omnique" (pronounced om-NEEK) which can also be used as a noun (ex: "I'm an omnique.") "Omnique" is formed by combining "omnigay" and "queer".[24]

Usually attracted to more than one gender

Bisexuality is a sexual orientation in which a person feels sexual attraction to more than one gender of people.[26][27][28] Some define this as attraction to "women and men". Others define bisexuality as attraction to two categories of people: the same as one's own gender, and different than one's own gender. Others define bisexuality as attraction to people of any gender. What "bisexuality" means when nonbinary identities are taken into account is a matter of debate. Many people feel that "bi-" reinforces the gender binary, and erases nonbinary identities, preferring pansexual or polysexual. Others[29] argue that "bisexual" was originally coined to describe a sexuality which included aspects of both heterosexuality and homosexuality, and that it should be interpreted as inclusive of attraction to all genders or sexes.

Pansexuality is a sexual orientation that involves sexual attraction to people of all genders.[30][31] Pansexuals are attracted to all types of people. They are gender-blind (because if they're not gender blind then it's called Omnisexuality), asserting that gender is insignificant or irrelevant in determining whether they will be sexually attracted to others. Some people prefer to call themselves 'pansexual' rather than bisexual because they feel the word "bisexual" has binary implications.[32][33]

Polysexuality is a sexual orientation with sexual attraction to several genders of people. Polysexuals are attracted towards two or more genders, but not all (as in pansexuality) and not just both binary genders (as in some understandings of bisexuality).[34] The polysexual flag has pink for women, blue for men, and green for nonbinary people. Not to be confused with polyamory, which is about having more than one partner at the same time.

Androgynesexual and ninsexual refer to attraction to androgynous or gender neutral people.[36] However, androgynesexual carries the connotation that the person of attraction is both masculine and feminine, rather than neither.[37]

Attraction solely to other nonbinary people, including those who may be woman-aligned and/or man-aligned, but not to women nor men.[39]

Asexuality is a sexual orientation characterized by lack of sexual attraction. This is often accompanied by low or absent interest in sexual activity. Asexuality is distinct from abstention from sexual activity and from celibacy, which are behavioral and generally motivated by factors such as an individual's personal or religious beliefs. Asexuals may have attraction sometimes but is not performed practically. Though asexuals lack in sexual attraction to any gender, may engage in romantic relationships. Some asexuals identify as MOGII. This can be because they feel that the category is appropriate because they experience discrimination for their sexuality like lesbian, gay, and bisexual people, because they experience romantic attraction to the same gender, or both. [44]

An aromantic is someone who usually experiences little or no romantic attraction, though they may feel other forms of attraction.[46]