Sexes are a system of categories, a way of putting kinds of bodies into categories. Living things of many species evolved to be specialized into their own male, female, and intersex kinds, each known as a sex. A sex is generally determined by reproductive body parts. In humans, these imply-- but do not prove-- a correlation with chromosomes. In gender studies, the sex and gender of a person are thought of as two distinct things: sex is about the body, whereas gender is about the self.

Distinction between sex and gender

"Sex identity" can mean either how a person categorizes their own physical sex,[9][10] or it can mean how other people categorize that person's sex.[11]

Intersex people are people born with any variation in sex characteristics including chromosomes, gonads, sex hormones, or genitals that do not fit the typical definitions of male or female bodies.[12]

There is some controversy around the usage of the term "dyadic."[13][14] Dyad means two, so dyadic promotes the idea of a dualism for sex: male and female. Although well intended, it may fall short of deconstructing binary of sex and acknowledging the complexity of human biology. 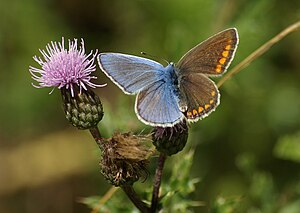 Retrieved from "https://nonbinary.wiki/w/index.php?title=Sexes&oldid=7358"
Categories:
Cookies help us deliver our services. By using our services, you agree to our use of cookies.