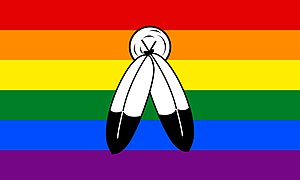 People who are not Native American are not entitled to call themselves Two-Spirit. That would be cultural appropriation. People who aren't Native should instead consider using labels that are available to anyone, such as bigender or nonbinary.