Staticgender is a xenogender which is best described as TV static; fuzzy and incomprehensible. This gender may feel complicated or confusing. It may also feel fluid and everchanging. 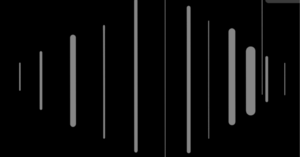 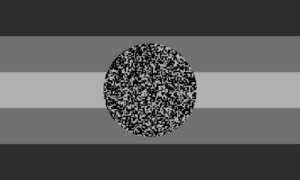 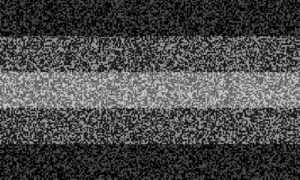 The alternative flag with the black circle was created by an anonymous wiki user on October 19, 2020. It was designed to be easier to recreate and reproduce. The colors hold the same meaning.

Another alternative flag was made by Mydarkstrangeson on April 8, 2021. It has no confirmed meaning.[1]

Retrieved from "https://nonbinary.wiki/w/index.php?title=Staticgender&oldid=29533"
Category:
Hidden category:
Cookies help us deliver our services. By using our services, you agree to our use of cookies.