From Nonbinary Wiki
Jump to navigation Jump to search
[1] 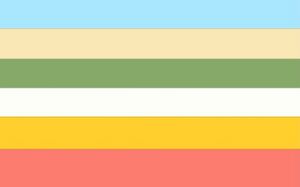 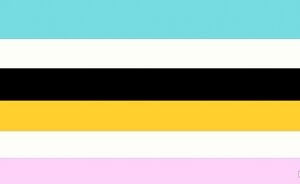 Enbyalt, or enbyshift, is a label which describes a non-binary person who experiences a change of their gender over time. Similarly to genderfluid, the person may feel more connected to one binary gender, the other, none, or both. This changes over a period of time. Yet the person is always non-binary in some way and never fully binary. An enbyalt person may feel a change of the intensity and/or connection they have to gender. They may feel, for example, completely non-binary one day, and no connection to gender at all the next day.[2] The change of gender can be barely noticeable, yet there can be hints, like dysphoria which would change with the gender, though this is not always the case, as everyone has their own experiences with gender. People with this identity may also relate to and identify with labels like pangender, genderfluid, non-binary, demigirl, demiboy, among others.

This identity was first mentioned on Tumblr by the user blue-036 and on Reddit by the user Road-66-Gurl under the names "enbyfluid" and "nonbinaryfluid."[3] Upon noting that that label already existed, Reddit user Zaziuma suggested enbyalt and enbyshift as alternatives.[4]

Retrieved from "https://nonbinary.wiki/w/index.php?title=Enbyalt&oldid=32938"
Category:
Hidden categories:
Cookies help us deliver our services. By using our services, you agree to our use of cookies.