Cogender, or co-gender (from Latin co ("with, together") + gender) is a word that has been used with a few different meanings. It has been coined independently at different times. Cogender can mean:

The latter two meanings are explored further below.

Some anthropologists use cogender as a synonym for third gender, that is to say, as an umbrella term for gender variant and LGBT roles and identities in various cultures. Some examples of how anthropologists have used the word "co-gender:"

In this capacity, it's far less common for anthropologists to use the term "cogender" than "third gender."

A post from August 25th, 2016 titled "Introducing Cogender" on the "Ask A Cogender" blog independently coined another idea of cogender:

cogender (from the latin root co meaning “with, together" and gender) is an inclusive gender identity that is the union of two or more gender identities. A cogender person is ok being identified as any of the genders included in their identity. You can be cogender and not know it if your gender happens to include the sex you were assigned at birth.

The difference between a cogender whose gender happens [to] include the gender they were assigned at birth and cis person is the cogender would ok with being identified as another gender.

one format of expressing this identify is X coY where X and Y are genders. Example girl coboy.

note a cogender person may want parts they don’t have that are associated with their cogenders but don’t need them, this doesn’t mean the don’t experience dysphoria just that they ok with the parts included in their gender identity. Example an agender cogirl person assigned male at birth may feel dysphoria over their genitals (and the reactions there of) and want breasts but don’t need breasts.[10]

In this definition of cogender, it is a specific type of nonbinary and multigender identity. 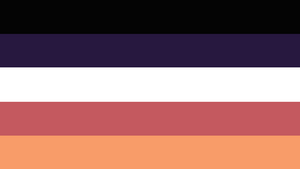 Retrieved from "https://nonbinary.wiki/w/index.php?title=Cogender&oldid=28985"
Category:
Hidden category:
Cookies help us deliver our services. By using our services, you agree to our use of cookies.