Some have argued that butch people can benefit from male privilege or have toxic masculinity despite not being men.[1][22] However, this is disputed.[23][24][25]

Some women in lesbian communities eschew butch or femme classifications, believing that they are inadequate to describe an individual, or that labels are limiting in and of themselves. Other people within the LGBT community have tailored the common labels to be more descriptive, such as "soft stud," "hard butch," "gym queen," or "tomboy femme." Comedian Elvira Kurt contributed the term "fellagirly" as a description for LGBT women who are not strictly either femme or butch, but a combination. From the 1940s to 1990s, the term "kiki" was used for a similar meaning.[26][27]

A butch woman may be described as a "stone butch", "diesel dyke"[28] "bulldyke", "bull bitch" or "bulldagger"[29] or simply just as a "dyke". The term "boi" is typically used by younger LGBT women. Defining the difference between a butch and a boi, one boi told a reporter: "that sense of play - that's a big difference from being a butch. To me, butch is like an adult...You're the man of the house."[30] There is also an emerging usage of the terms soft butch "stem" (stud-femme), "futch" (feminine butch)[31] or "chapstick lesbian" as terms for women who have characteristics of both butch and femme. Lesbians who are neither butch nor femme may be called "androgynous" or "andros".[28]

Another common term is "stud". A stud is a dominant lesbian, usually butch. They tend to be influenced by urban and hip-hop cultures and are often Hispanic or Black. In the New York City lesbian community, a butch may identify herself as AG (aggressive) or as a stud. In 2005, filmmaker Eric Daniel Peddle chronicled the lives of AGs in his documentary The Aggressives, following six women who went to lengths like binding their breasts to pass as men. But Peddle says that today, very young lesbians of color in New York are creating a new, insular scene that's largely cut off from the rest of the gay and lesbian community. "A lot of it has to do with this kind of pressure to articulate and express your masculinity within the confines of the hip-hop paradigm..."[32] The AG culture has also been represented on film by Black lesbian filmmaker Dee Rees' 2011 work, Pariah.[33]

Going back to at least the 1960s or 50s, a "stone butch" refers a masculine lesbian, and in contemporary use is associated with impenetrability.[34] The "stone" sexual role describes a preference for bringing pleasure to one's partner, without being touched oneself.[35][36] Being "stone" in this way can be connected with sexual trauma, gender dysphoria, or the asexual spectrum.

In relation to gender, a femme lesbian named Rachel Tessler wrote in 1996 that "some stone butches are almost beyond butch. They're almost in a kind of territory between genders, beyond being women. I think some stone butches aren't really women, in the way that they think about people."[37]

A soft butch, or stem (stud-fem), is a lesbian who exhibits some stereotypical butch traits without fitting the masculine stereotype associated with butch lesbians. Soft butch is on the spectrum of butch, as are stone butch and masculine, whereas on the contrary, ultra fem, high femme, and lipstick lesbian are some labels on the spectrum of lesbians with a more prominent expression of femininity, also known as femmes.[39] Soft butches have gender identities of women, but primarily display masculine characteristics; soft butches predominantly express masculinity with a touch of femininity.[40]

The "hardness", or label depicting one's level of masculine expression as a butch is dependent upon the fluidity of her gender expression.[41] Soft butches might want to express themselves through their clothing and hairstyle in a more masculine way, but their behavior in a more traditionally feminine way.[40] For example, these traits of a soft butch may or may not include short hair, clothing that was designed for men, and masculine mannerisms and behaviors. Soft butches generally appear androgynous, rather than adhering to strictly feminine or masculine norms and gender identities.[42] Soft butches generally physically, sexually, and romantically express themselves in more masculine than feminine ways in the majority of those categories.[43]

In addition to a soft butch's gender expression through her outward appearance, she also has a distinctive way of sexually expressing herself. Soft butch women might want to have a more passive role sexually or romantically in their relationships, which is generally associated with feminine sexual behavior.[40] This is an example of how a soft butch's sexuality and outward appearance are not completely masculine, but have some feminine traits. Conversely, stone butches are less fluid in their sexuality and do not want to receive sexual contact from their sexual partners.[41] This desire to express both masculinity and femininity through one's gender and sexuality is clearly seen in soft butch women, but also across many people of a variety of sexual orientations.[40] 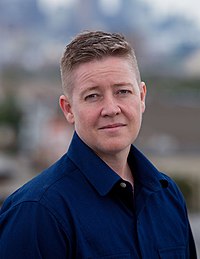 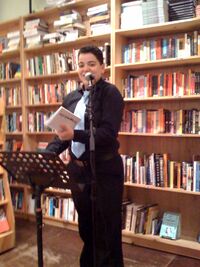 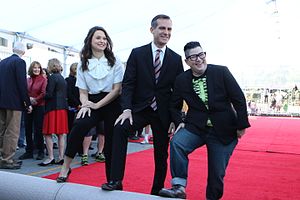 Retrieved from "https://nonbinary.wiki/w/index.php?title=Butch&oldid=30474"
Categories:
Hidden category:
Cookies help us deliver our services. By using our services, you agree to our use of cookies.