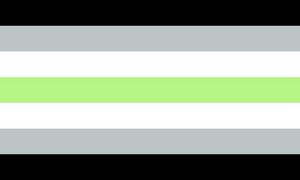 Genderqueer flag by Marilyn Roxie in 2011. Lavender, as a mix of pink and blue, is for androgynes and MOGII. White is for agender. Dark chartreuse green (the inverse of lavender) is for gender outside the gender binary.[61] 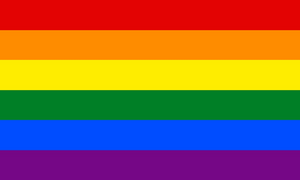 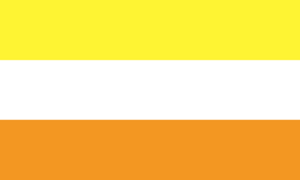 Maverique flag, by Vesper H., 2014. Yellow: nonbinary, not derived from female (pink) or male (blue), but its own (yellow, a primary color can't come from any color mix). White: independence from the spectrum of other genders (colors). Orange: inner conviction.[70][71] 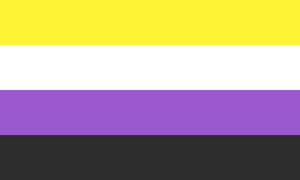 Retrieved from "https://nonbinary.wiki/w/index.php?title=Glossary_of_English_gender_and_sex_terminology&oldid=30953"
Categories:
Hidden category:
Cookies help us deliver our services. By using our services, you agree to our use of cookies.